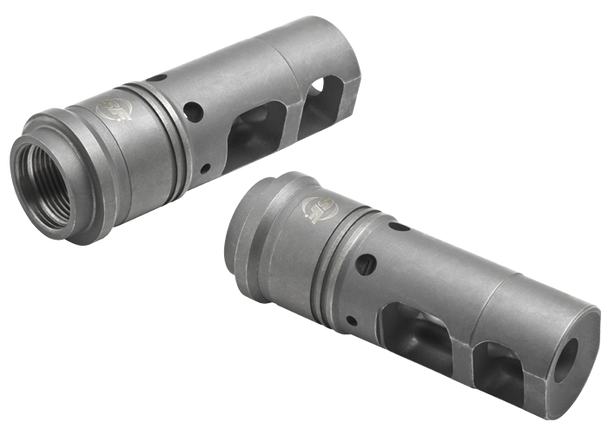 When used in conjunction with a SOCOM Series suppressor, the patent-pending design of the SFMB-762-5/8-24 provides multiple bearing surfaces to ensure superior suppressor alignment. A rear labyrinth seal minimizes potential carbon buildup in the indexing system and facilitates suppressor removal after extended firing.

All SureFire SOCOM Series muzzle brakes have blind pilot holes at the 3 and 9 o’clock position to enable fine-tuning of recoil characteristics for individual shooting styles or ammunition characteristics. They also have blind pilot holes at the 6 o’clock position to enable indexing the adapter at bottom dead center, and to pin-and-weld on short-barreled rifles. All that is required is a basic hand drill and appropriate drill bits.

SureFire muzzle brakes are individually inspected for concentricity and alignment, and each is covered by SureFire’s No-Hassle Guarantee.

MSRP: $250.00
Now: $225.00
Was:
The SureFire Warden Blast Regulator directs the concussive blast of the fired round forward of the weapon system without venting gas to the side, as seen with standard muzzle brakes. This aids in...