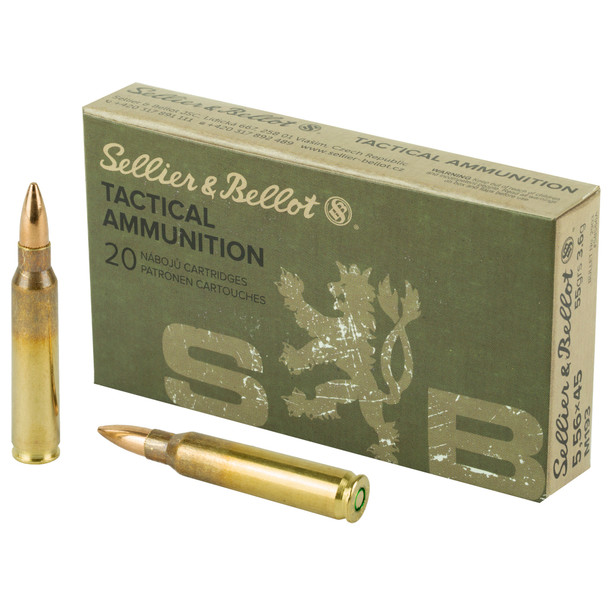 Sellier & Bellot is the oldest continually operational ammunition producer in the world dating back to 1825. Located in Vlasim, Czech Republic, S&B has been producing high-quality ammunition for military, law enforcement, and civilian customers for almost 200 years. The CBC Group purchased S&B in 2009 in an effort to better serve the U.S. market. Significant, consistent investment in the company ensures that S&B remains a leader at producing high-performance ammunition.

MSRP:
Now: $18.95
Was:
For varmint hunting, target shooting, training exercises or any other high-volume shooting situation, UMC centerfire rifle ammunition offers great value with absolutely no compromise in quality or...

MSRP: $21.95
Now: $19.95
Was:
Full Metal Jacket projectiles are the ideal choice for recreational target shooting and extended training sessions at the range. When you want great value without sacrificing quality and performance,...

MSRP: $29.95
Now: $27.49
Was:
Sellier & Bellot rifle ammunition is designed and field-tested to provide shooters and hunters with the widest selection of caliber offerings and the highest performance projectiles on the market...

MSRP: $135.95
Now: $109.99
Was:
Regardless of the PMC ammunition you choose, you can always depend on PMC products, quality measured by dependability, safety, performance and downrange accuracy. PMC, Bronze, 223 Remington, 55...

MSRP: $40.99
Now: $29.99
Was:
The Colt AR-15 magazine is a standard factory replacement magazine. This magazine is designed to be compatible with all AR-15 models chambered in the popular 5.56 NATO or .223 Remington cartridge...