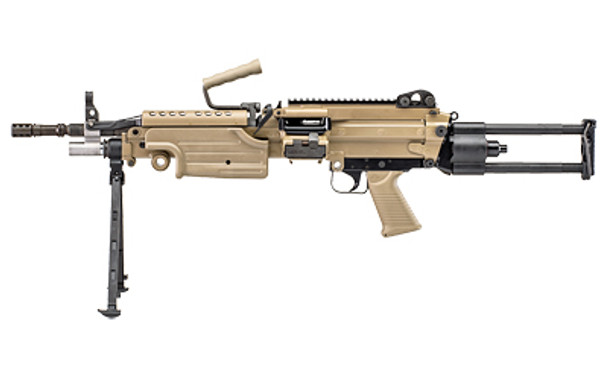 The FN M249S Standard and Para, semi-automatic versions of the M249 SAW light machine gun, originally developed by FN Herstal as the FN MINIMI and adopted by the U.S. Military in 1988. Features the signature FN cold hammerforged, chrome-lined barrel and operates from a closed bolt position. Chambered in 5.56x45mm NATO, the rifle will accept both magazine and linked belt ammunition.

MSRP: $745.00
Now: $620.00
Was:
Introducing the newest addition to the Glock family: the Glock 47. This full-size 9mm pistol was originally introduced to the market in 2019, but was only available for purchase by Department of...