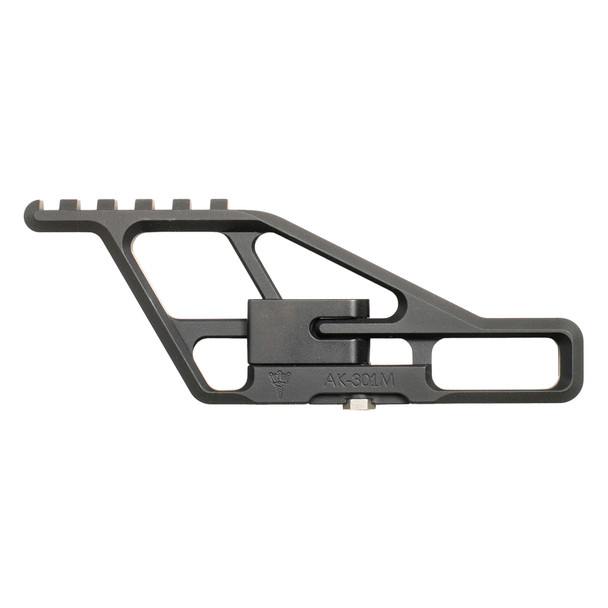 In 2012, RS Regulate began rolling out the first models of the AK-300 Modular Side Mount System, which now features six fully modular uppers and nine different lowers: a front-biased, a rear-biased, and a full-length lower for most Eastern European AK side rails; a front-biased and full-length lower for Yugo/Serbian rifles; a PSL and and Romanian M10/RH10 rifles; a Century Arms proprietary side rail; and even a rear-biased lower for Czech vz. 58s.

MSRP: $179.99
Now: $149.99
Was:
The Sylvan Arms Folding Stock Adapter allows you to fold your stock and significantly reduce the length of your rifle for easy stow and travel. Specifically designed for gas piston and direct...

MSRP:
Now: $119.00
Was:
SCALARWORKS - KICK/02 Places your Trijicon RMR in the optimal position relative to your scope. Designed in conjunction with the new LEAP/08 & LEAP/09 scope mounts. SPECS Materials:...

MSRP: $39.95
Now: $34.95
Was:
MI AK RECEIVER MAINTENANCE BLOCK RED Compatible with most AK47 and AK74 variants (minor fitting may be required)Able to hold complete firearm for maintenanceAllows for disassembly and reassembly of...