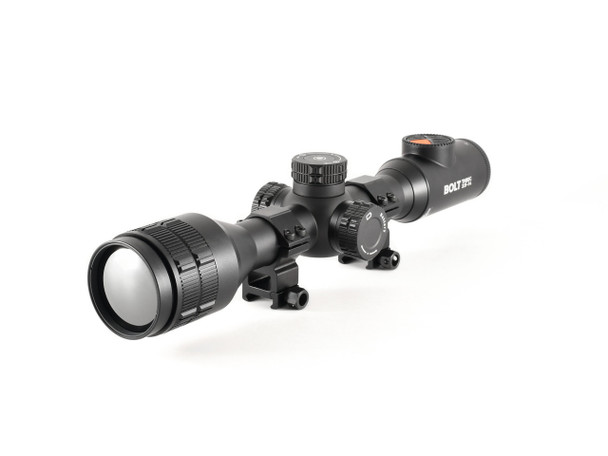 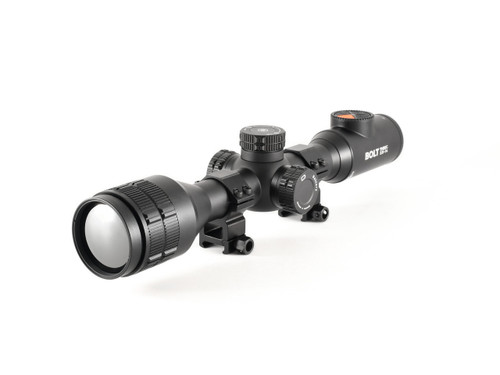 The BOLT-C Series expands on the success of the BOLT with the addition of our industry leading 12 μm 640x512 Micro II sensor, 2560x2560 AMOLED HD display and Shutterless Calibration feature. The BOLT-C Series maintains the traditional look and flexibility of a 30mm ring mounting interface, while its proven combination of a manual focus lens, dual battery design and tactile control turret work in tandem with its pixel-dense display to provide an improved viewing experience and unmatched level of precision to you next hunt.

The TH50-C features a one-of-a-kind circular 2560x2560 AMOLED display for a more traditional rifle scope look and feel. Inside of a TH50-C, the image from an InfiRay 50Hz 12 micron Micro II core is displayed on a crystal clear 2560x2560 ULTRA HD 1.03in display. These components and InfiRay’s proprietary MATRIX III algorithm create an image technically and visually superior to optics with similar specifications. Dual internal 18650 batteries and an optional auxiliary battery provide 10+ hours of run time. The BOLT also comes standard with 16 Gb of internal memory for hours of video capture 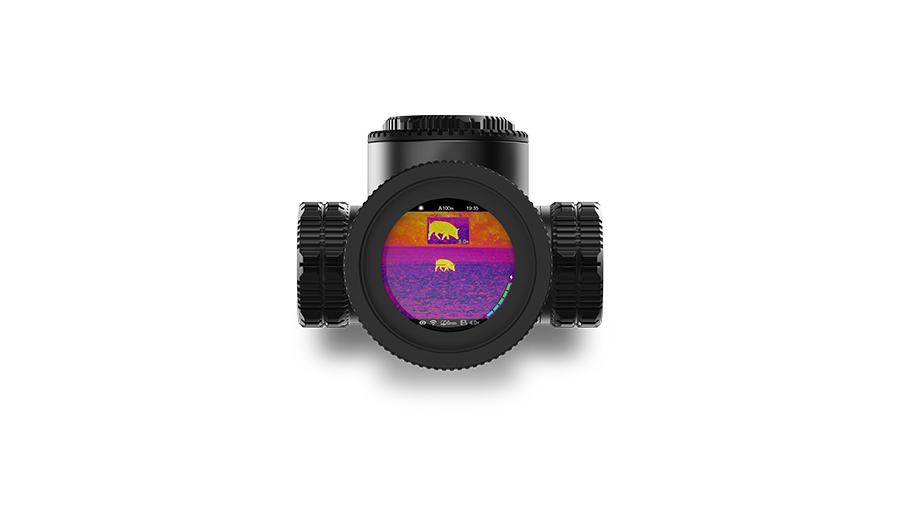 The BOLT-C Series was designed from the ground up for optimal use on bolt action rifles and other platforms that demand flexible mounting options with increased eye relief. The traditional style of a BOLT housing allows for mounting with standard 30mm rings like a typical day scope.

The BOLT features InfiRay Outdoor's innovative new way to control a thermal optic. Unlike other thermal optics with a turret style controller on one side, the BOLT has a large and easy to find metal turret controller on top. This makes operation easier in the dark and completely ambidextrous. The turret controller also has positive and tactile clicks when twisting, and a positive click when pressing in unlike any other thermal scope on the market. Both the aesthetics and the function of the BOLT demonstrate InfiRay Outdoor's mission to combined the traditional style and feel of a day optic and the advanced technology of thermal imaging.

The TH50C features the industry leading InfiRay 12 micron Micro II core with proprietary MATRIX III image processing, but that is just where the high performance begins. Along with the best sensor and software the TH50C uses a set of optics specifically designed for a 12 micron sensor and a low power consumption LCOS HD display. Dual internal batteries power the BOLT for an incredible 10+ hours, and if you need more runtime the BOLT has an additional battery well for an off-the-shelf 18500 or 18650 battery. The BOLT also supports charging the internal batteries through a USB-C connector while in operation so you are never stuck with a dead battery.

The BOLT-C comes with 16gb of memory for storing 20,000 images or 24 hours of video. Captured videos and images can be easily transferred to your smartphone at lightning speed via app. The WiFi mode also allows for up to 4 connections to the BOLT-C simultaneously allowing multiple viewers to see the BOLT-C's thermal image in real time. Audio can also be recorded in the app via your smartphone microphone while connected to the app.

MSRP: $149.95
Now: $142.45
Was:
The Enhanced Bolt Carrier Group for AR15/M16 platform weapons was designed to minimize carrier tilt and reduce friction inside the upper receiver by relocating key bearing surfaces. All...

MSRP:
Now: $3,799.00
Was:
The RICO G-LRF is the first addition to InfiRay Outdoor’s family of Rugged Infrared Compact Optics(RICO) to include an integrated laser rangefinder. Designed as a more compact and affordable...

MSRP: $199.95
Now: $189.95
Was:
At Radian Weapons, they design and manufacture the most innovative, professional-grade firearms and components on Earth. They've focused on building top-tier, battle-proven products - and they've...

MSRP: $199.95
Now: $189.95
Was:
At Radian Weapons, they design and manufacture the most innovative, professional-grade firearms and components on Earth. They've focused on building top-tier, battle-proven products - and they've...

MSRP: $4,179.97
Now: $3,999.99
Was:
Boasting state-of-the-art design and the latest in advanced technological innovations, the Pulsar Thermion delivers the premium thermal imaging you've come to expect, but on a traditional-style...

MSRP:
Now: $3,799.00
Was:
The RICO G-LRF is the first addition to InfiRay Outdoor’s family of Rugged Infrared Compact Optics(RICO) to include an integrated laser rangefinder. Designed as a more compact and affordable...

MSRP: $324.00
Now: $249.99
Was:
AERIS Micro Rimfire Suppressor Matte Black At a mere 3.0 ounces and 3” in length, the Tactical Solutions’ AERIS is an economical multi-caliber, lightweight, user-serviceable, and compact...